A story of provenance.

A proud tale of the town of Leigh, the Pacific ocean on our doorstep, and our daily hunt for the finest catch.

We opened our doors as a little factory / smokehouse in 1957, just a stone's throw from Leigh Harbour. Times have changed, not so much in the way we catch fish, but in terms of the global reach and markets we supply. Starting with just New Zealand, our catch now graces the tables of restaurants throughout Europe, North America, Asia and Australia, showcasing the best fish that our little town can offer. 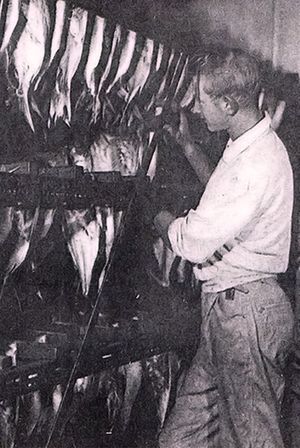 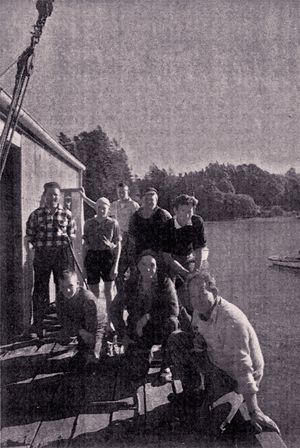 Leigh is situated as a perfect coastal gateway to the outer Hauraki Gulf and its rich fishing grounds further north. While the inner-Gulf acts as a natural nursery for many important inshore species, the outer-Gulf with its myriad of Islands, reefs and diverse coastline, offers an abundance of different types of fish throughout the year. Heading north from the Gulf is open ocean, with clean cool South Pacific waters providing an excellent environment for fish to reach optimum condition before harvesting. It is a coastal setting that is beautiful, bountiful and easily accessible for our small boats, allowing them to set sail at dawn then return to unload their catch on the same day.

It was the original trio of Jim Aitken, Alex Haydin and Bill Tong that set up the cooperative of Leigh Fisheries and started long-lining. They were low on resources and fortunately long-line fishing was also the most economical way to harvest fish (it used less diesel and could be done with smaller boats and less gear than trawling as well as resulting in a much better product). In those days Leigh was a long journey by road from Auckland city and they were unable to distribute fresh fish reliably so they were smoking the majority of the catch and sending it to Auckland via schooner. As the Australian market opened in the years that followed this increased the market capacity for good fresh fish and thus our operation grew, with steady expansion of the fleet and on-land facilities. In saying that, the company was always small in comparison to many other seafood companies in NZ. The focus was not on becoming the biggest, but always the best and since the early days we have managed to produce our beautiful product while maintaining a family style of operation. Indeed most of the families of Leigh have had at least one member either working onboard the boats or in the factory itself. 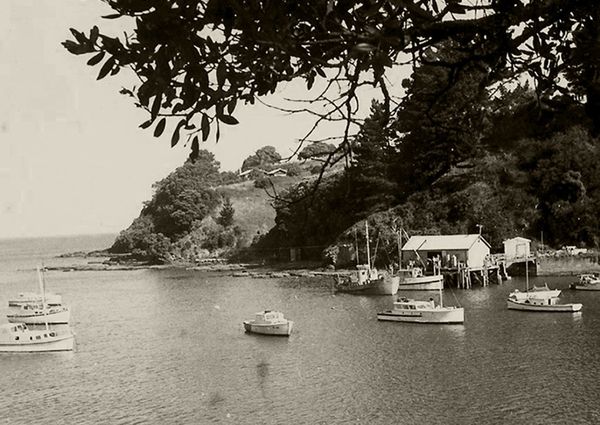 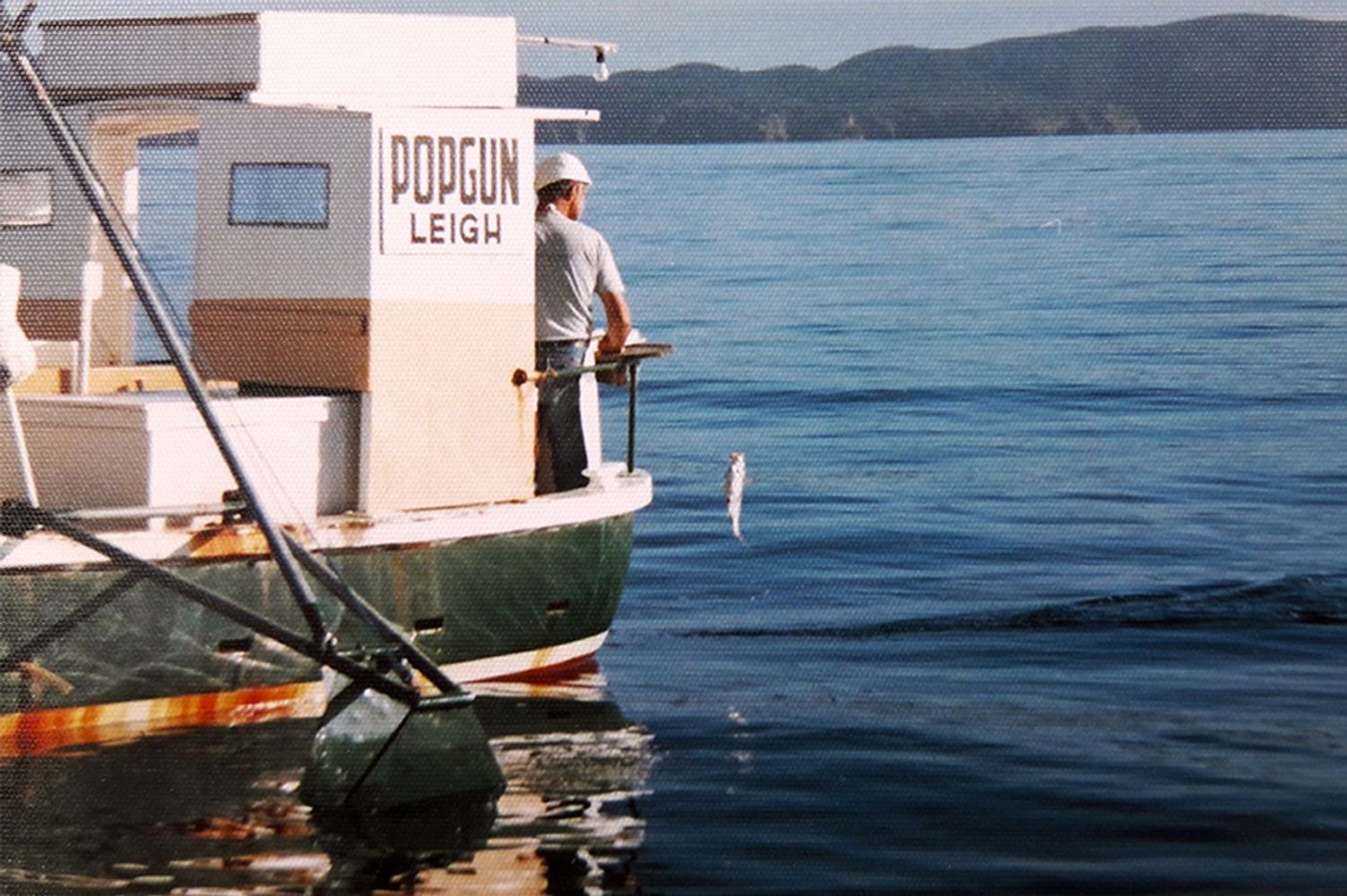 Whilst our beloved town is called Leigh, we established the 'Lee Fish' brand through the 80's and 90's, changing the spelling to simplify pronunciation of our brand, and to resonate with our major market at the time - Japan. Working with the world's most discerning seafood nation honed our skills and taught us the intricacies of catching and handling. This included the crucial Japanese method of 'iki-jime' and the other steps we take in order to produce what is considered to be some of the worlds most highly-prized fish. Ever since then the 'Lee Fish' brand has been used for our premium quality product and is the end-result of the legacy that began over 60 years ago.

With a beautiful product and brand groomed by two decades in the high-end Japanese market, and with Greg Bishop at the helm as CEO, it was then time to dive into other markets to showcase our catch. Our initial offering was met with astonishment in Europe and North America, with customers in simple disbelief that this fish had flown in from the other side of the world and still looked picture perfect. At seafood shows our Lee Fish product gained 'Prix d'Elite' from the beginning, and based on this strong demand we set up subsidiary companies Lee Fish Europe and then Lee Fish USA located in Zurich and Los Angeles respectively. Our catch was flown there fresh, on a daily basis, and quickly found its home in the kitchens of the multiple michelin-starred chefs in those regions. 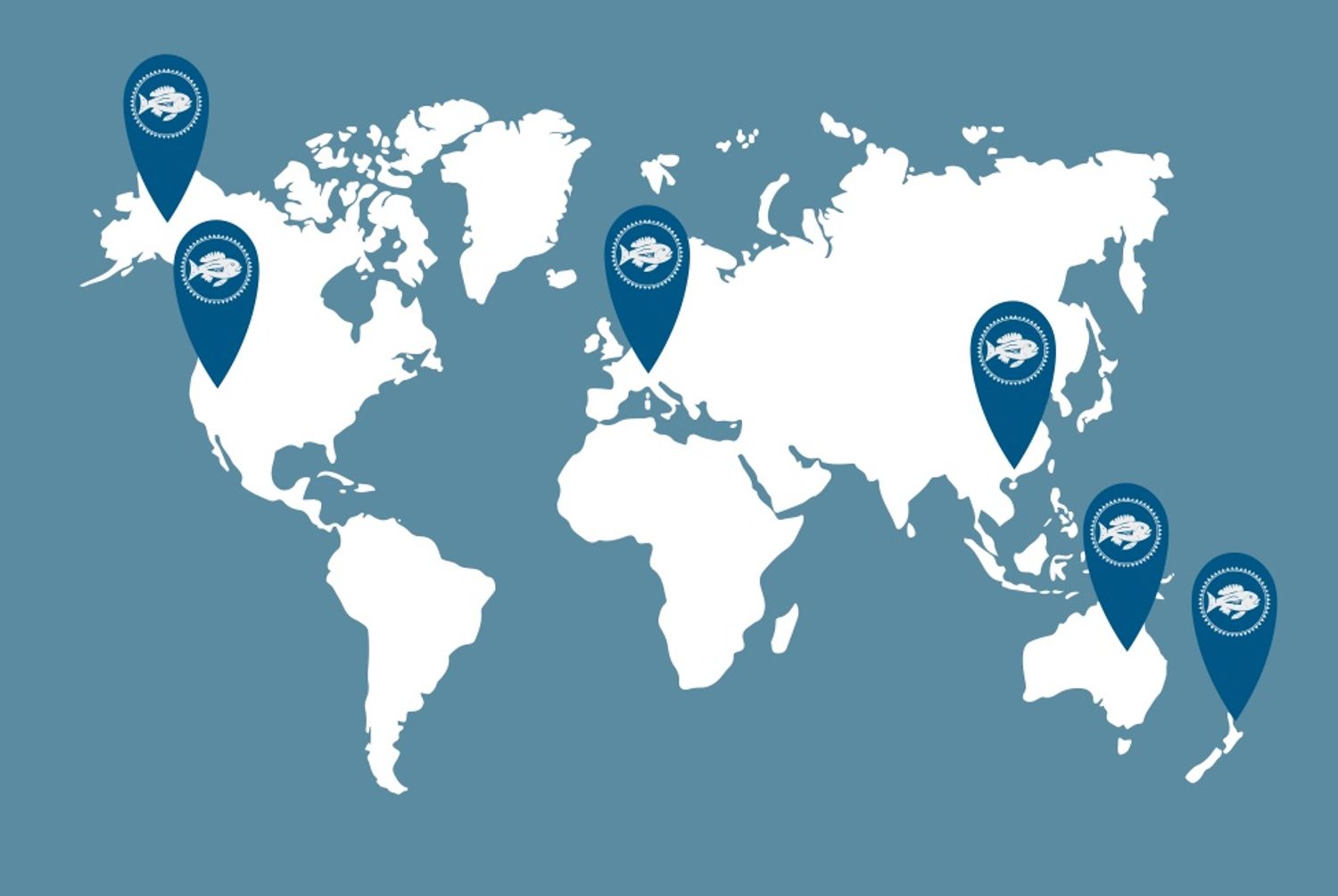 A brand that chefs love. 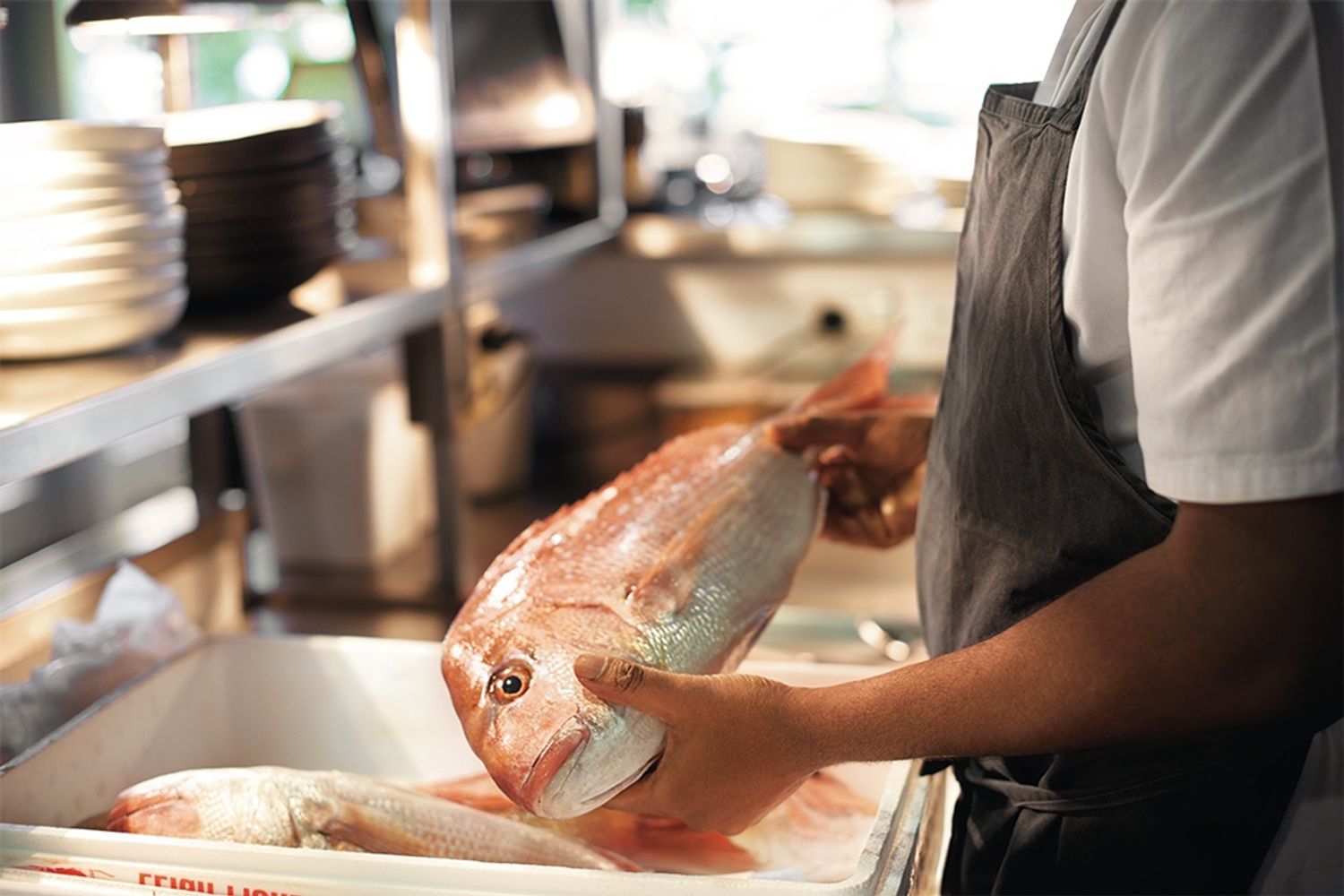 So while global reach and reputation have developed significantly from the early days, the rest remains the same; the beautiful coloured snapper, the rich and unpolluted South Pacific ocean, the wild elements out at sea, the tranquil Leigh Harbour, plus the look in the eyes of our fishermen.

After all these years the Lee Fish brand has become a worldwide hallmark in both sustainability and quality. It has won numerous prizes and is considered by many to be unmatched as a fresh, wild-fish product on the global stage. We have achieved unbelievable results considering our somewhat humble beginnings.

So while global reach and reputation have developed significantly from the early days, the rest remains the same; the beautiful coloured snapper, the rich and unpolluted South Pacific ocean, the wild elements out at sea, the tranquil Leigh Harbour, plus the look in the eyes of our fishermen. 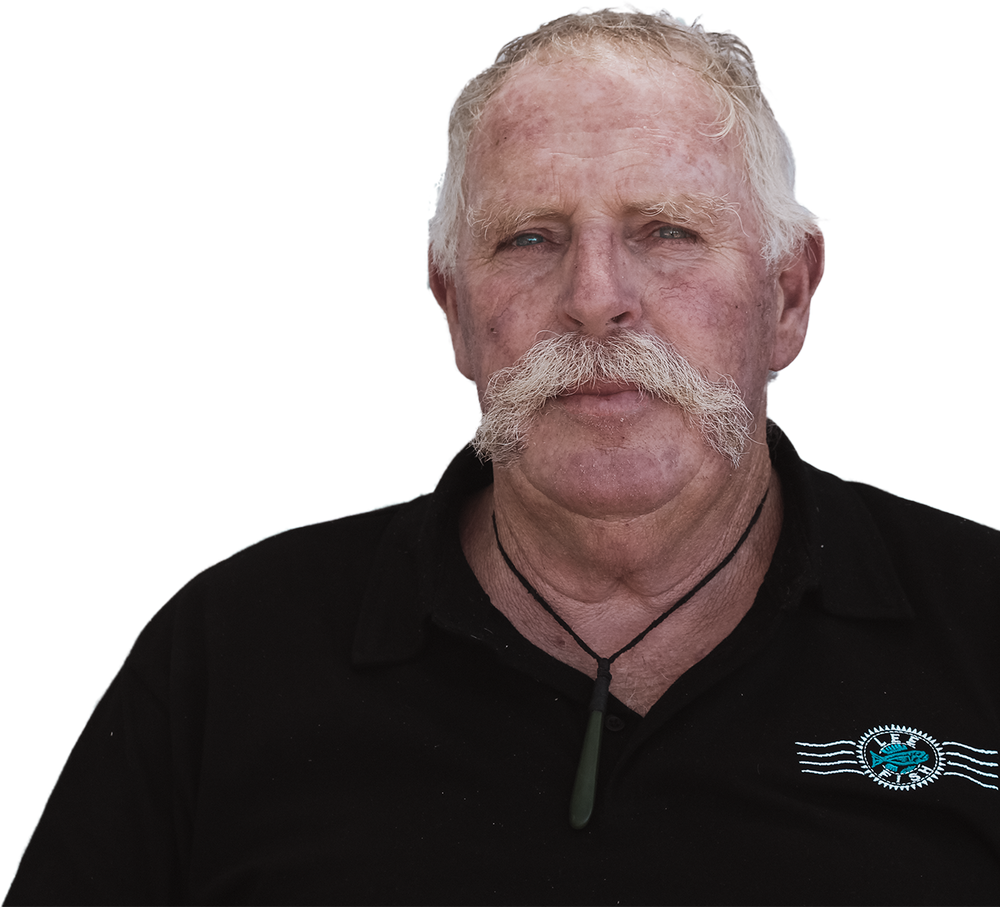 Nowadays our story can be broken down simply - sustainable fishing, careful handling, packing and grading, all in the shortest time possible from boat to customer. And the prized outcome of this labour of love; whether in Auckland, Sydney, New York, Zurich or Hong Kong, is that nod of absolute respect and smile of satisfaction from the chefs we work with, giving them that little bit of exhilaration every single time they pop the lid off one of our boxes of fish.